All that you want to know about Depression?

Imagine yourself being trapped in a room where the only voice you hear, constantly screams at you saying how hopeless, helpless and unworthy you are. The voice possesses such confidence that it is impossible for you to ignore it. Imagine your entire life without color, just shades of Black and Grey, while this voice is constantly trying to convince you that life isn’t worth living.

Imagine you trying very hard to fight it but it finds more and improved ways to attack you. This is DEPRESSION. Depression is that dark cloud that convinces you how bad things are and no matter how hard you fight it, it defeats you, it wears you down.

It is human nature to feel down sometimes. To feel as though nothing’s going your way, a sense of gloom like a dark rainy day surrounds you, the world seems dull, everything makes you sad, but we mostly snap out of it within a day or two and the world seems bright and colorful as it should be.

But imagine feeling this gloom all the time, every single day. Forcing yourself to do things that brought you so much enjoyment earlier. Mundane things like getting out of bed is a humungous effort.

Depression is caused by chemical imbalance in the brain hence difficult to predict the trigger element. One moment you are happy and having fun and the very next minute you feel your whole world crumbling. You desperately are crying for help.

Don’t worry: Depression can be treated

Your loved ones book an appointment with a psychiatrist, but why a psychiatrist??? Am I mad?? Will I be locked away in the mad house like the people we see in the movies??

The doctor is kind and say he just wants to talk, speaks to you about the changes in you. He wants you to relax and communicate with him. He asks you some questions which are easy to answer. It is before several of these sittings with a psychiatrist that you are diagnosed with having Clinical Depression.  A bunch of tests are ordered to test your physiological well being.  The kind doctor recommends antidepressants and counseling.

Amongst the many people you meet, you are most influenced by a woman called Kanta. She was a share broker before depression which ruined her career and her relationships. She always recommends her therapist named Sanjana, who helped her in recovering from depression. Kanta talks about how taking too many antidepressants are dangerous in the long run.

It’s a known fact that long term usage of antidepressants is associated with seizures and other heart rhythm abnormalities. Also, many patients suffer from a phenomenon called the “Prozac Pop Out” wherein initially the patients respond well to treatment but as time passes they see a return of symptoms even though they are on full term medication. Risk of Type 2 diabetes is increased with the use of antidepressant medication.

Lets read about two women who though apparently had everything going for them, were still diagonised with depression

The depression fighters emerge, who treat and who get treated

Sanjana was once diagnosed as being Clinically Depressed. A high-ranking officer in the corporate world, Sanjana’s life was picture perfect. She had it all, intelligence, beauty, doting and encouraging parents. Though she worked as a techie, her main passion in life was writing. She loved to weave magic through her writing. But lately, Sanjana’s pretty smile seem to be strained.

There was darkness beneath her eyes suggesting lack of sleep, the spark in her eyes were missing. Sanjana herself had no clue as to what was wrong with her, she felt lost.

The mood swings had started to take a toll on her work as well as family life. The final straw was when Sanjana felt burdened while indulging in her favorite hobby –writing.  Writing had always brought her so much joy and happiness was now nothing but a burden. This scared her and she decided to seek professional help.

Sanjana was diagnosed with Depression. This was a jolt out of the blue but since Sanjana was a strong girl she decided to take control of her life. She started the long journey of self-help and healing. The first step was to let go the stress of the corporate world. She quit her job. She discovered the benefits of meditation and Reiki to heal herself.

Sanjana is cured of depression now. Not only has she started writing but has also found a new passion in painting. It helps her calm down and gives her inner peace. She has become an energy healer who now helps others who are in a similar situation as her.

Kanta’s story starts from her childhood. She came from a broken home. Her mother was abandoned by her father when Kanta was a little girl. Kanta was bullied throughout her school and college. This had a very big impact on her psyche. She hated her life and blamed her father for all the troubles that she went through.

Despite all of this happening to her, Kanta was an exceptionally good student; she passed with flying colors and was immediately offered a high-powered job in a reputed Trading Company. Kanta kept climbing the corporate ladder but with it came a great deal of stress and pressure. Slowly signs of depression began to show up in Kanta. Loss of appetite, weight loss, a sense of gloom, extreme fatigue – she started to be withdrawn and unsociable. The situation got so worse that she even attempted suicide but was thankfully saved at the last minute by her fiancé. She was diagnosed with major depression.

Kanta started to take therapy from Sanjana. Within a couple of sessions, Sanjana could find out that the root cause of her depression was the pent-up anger and grief that she suffered due to her father’s abandonment.

Kanta was taught how to deal with her anger issues through Counselling, Reiki and Yoga. This helped her get the passion back in her life and helped forgive her father so that she can move on with her life.

Depression for Adam or Eve?

Depression strikes both men and women equally hard. Although studies have shown that women are more prone to depression than men.

Women while depressed tend to rehash negative feelings from long ago, this leads to negative self talk, crying for no reason and blaming one self. Whereas men tend to distract themselves when depressed. This helps ease the depression. Men tend to substance abuse such as drinking, gambling, and engaging in reckless behavior prior to the onset of depression whereas women tend to indulge in such behavior after the onset of depression especially when anxiety levels increase.

Women are more likely to get depressed in response to stressful situations; they also tend to respond in such a way that prolongs their feelings of stress more so than men.

Depression is more common than we think, but not untreatable as many of us perceive. Nor are antidepressants the only solution.

Take our depression test to check the likelihood of you having any of the symptoms or encourage those around you to  take it. Prevention is always better than cure. 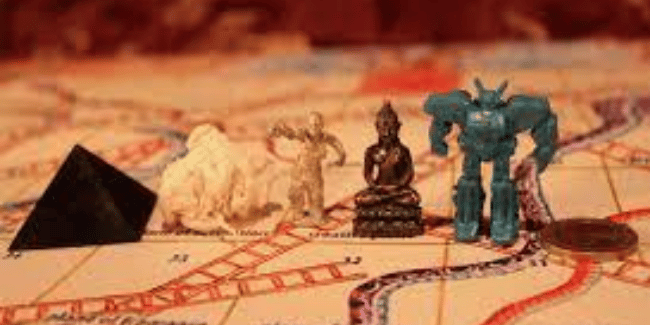